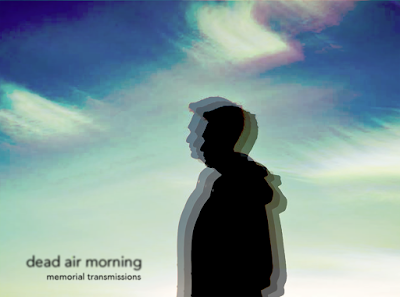 Before there was Dasto, there wasn't Dead Air Morning


Thanks to my stubborn inability to throw away cryptically labeled CD-Rs, long forgotten Dead Air Morning recordings have re-surfaced after 15 years.

Dead Air Morning was an experimental, improvisational ambient/noise jam band my cousin Eric Stowe and I started in 2003 as an excuse to drink lukewarm Pacifico, abuse vintage recording equipment, and disturb meddlesome neighbors in Ojai, California.  We were the local area Fripp and Eno (at least in our minds).  Together we recorded dozens of hours of live material from the comfort of Eric’s small living room.  Some of what we composed was inspired, most of it unlistenable, all of it intensely enjoyable and curative.  Until it wasn’t any more.

Shortly after we stopped collaborating on the project, Eric moved to Paso Robles and completely vanished into a self-imposed isolation.  I embarked on my unremarkable career as an amateur composer/family man.  Sadly we lost touch with each other for over a decade before finally reconnecting late in October of 2014.  The last time we spoke on the phone we excitedly made plans to hang out and play music again.

What were once therapeutically embarrassing footnotes of our obscured history have now become postmortem dirges.  Every salvaged composition lumbers and ascends as a eulogy, providing an enduring and rare glimpse into his brilliance, but also his private, misunderstood agony.  Only a few people have ever heard these songs.  I doubt many more will.  But at least we can now—better late than never.